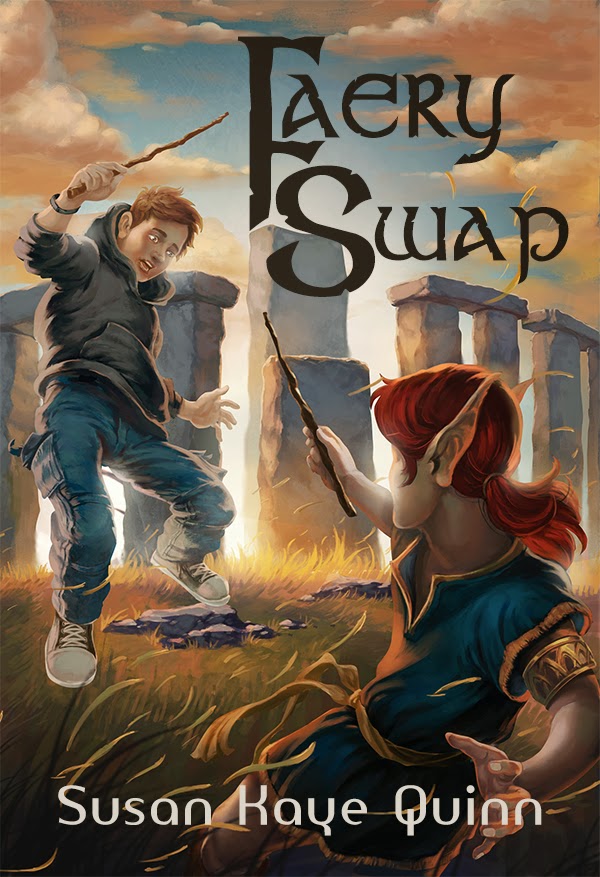 kindle, nook, print
Warrior faery princes can be very stubborn.
Especially when they possess your body.
Fourteen-year-old Finn is tricked into swapping places with a warrior faery prince and has to find his way back home before the dimensional window between their worlds slams shut.
The best teachers are ones who aren’t simply good at what they do, but who are in love with their work. The teacher who swoons over stories. Or the one who geeks out about science and brings in stuff that explodes and oozes. Or the teacher who dresses up like Plato for the unit on Ancient Greece. These are the ones who transmit their enthusiasm by osmosis – they can’t help entrancing their students because they love their subject so much.
Love is contagious.
This is how I feel about math and science. Before I was a speculative fiction writer, I got a bunch of degrees in engineering and science. I worked for NASA, studied global warming, and was generally a Very Big Geek. I didn’t just love the gadgets… the math and science principles that created them seemed magical to me. Not because they were impossible to understand, but because they were wondrous.
As an author, I believe books are lessons in life. I want to use them to transmit that love, that wonder, of science, math, and technology to the young minds who will grow up to use them. 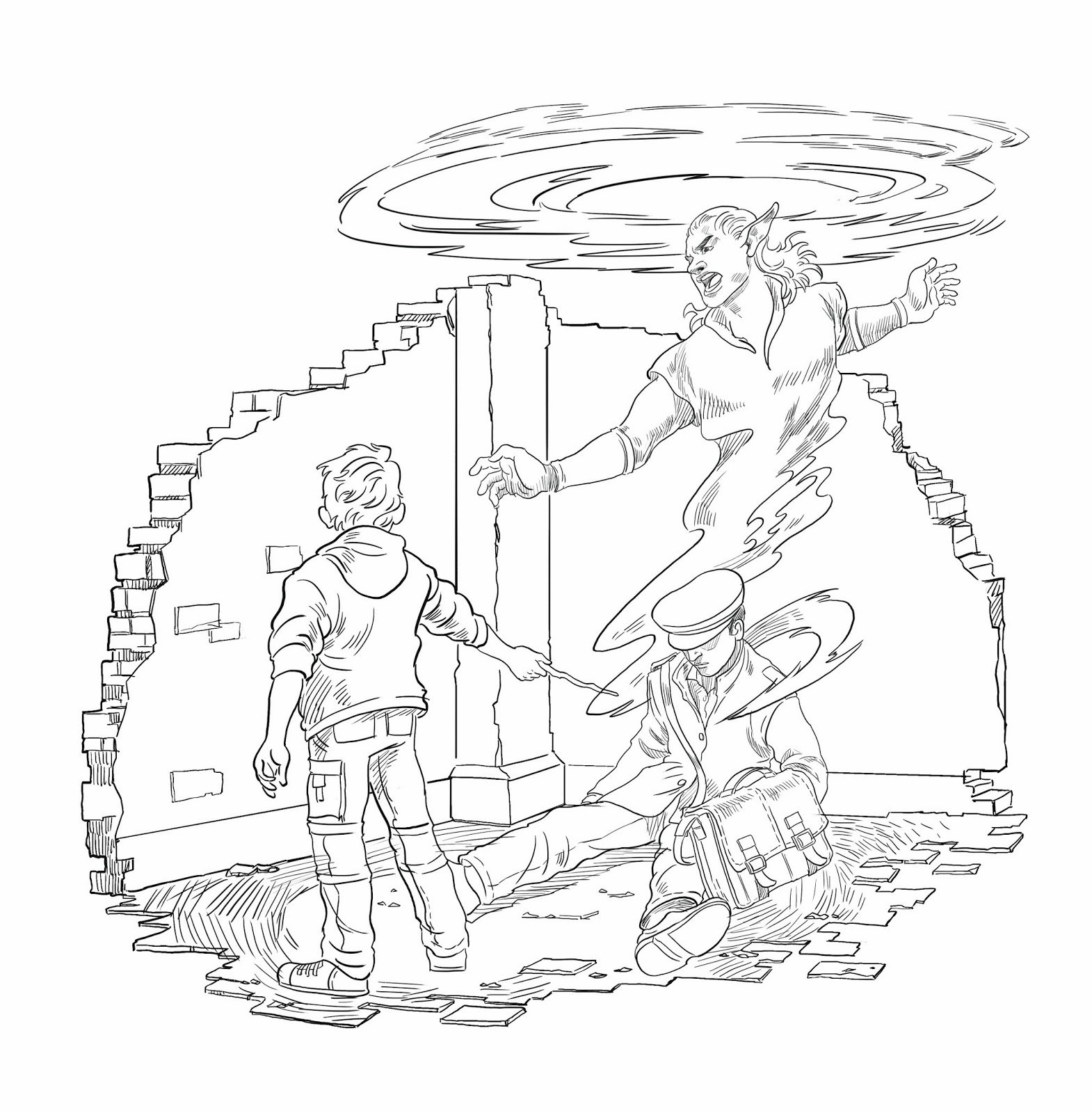 Prince Zaneyr sends his faery mentor back to the Otherworld.
In Faery Swap, my middle grade fantasy, warrior faeries leave their Otherworld and come to Earth seeking the latest mathematickal knowledge the humans have gained. They take this knowledge back to their realm, where it enhances their faery powers of dimensional magick. Mathematickal knowledge is the mostly highly prized, as it gives the faeries the ability to manipulate the very fabric of spacetime.
In my story, knowledge is literally power.

One of my favorite lines in the book comes from a sassy girl warrior faery, Liranna, who has a dim view of humans and their math abilities:

“For the swap, faeries only seek out the humans who have access to the highest mathematickal knowledge. The average human is impossibly stupid at mathematicks. It’s a wonder that you advance your knowledge at all. And yet, in some miracle known only to the elements, a few unusual humans make great strides in knowledge between each swap.” She slid him a haughty look. “Perhaps they are part faery.”

Stories are an ancient and sneaky way to drill deep into the minds of readers (or listeners or viewers) and deliver important knowledge and wisdom. But they must also be entertaining! Which is why Faery Swap has runaway faery princes, an evil faery king, a boy who needs to find his way home, and lots of magickal duels, political intrigue, and the fate of two worlds – both human and faery – hanging in the balance. Math and science are key elements in both threatening and saving the two worlds, showing that the ethical use of knowledge is as important as the knowledge itself.
I hope that kids will see they each have an inner warrior faery, one who is capable of seeking knowledge and performing great deeds with it! 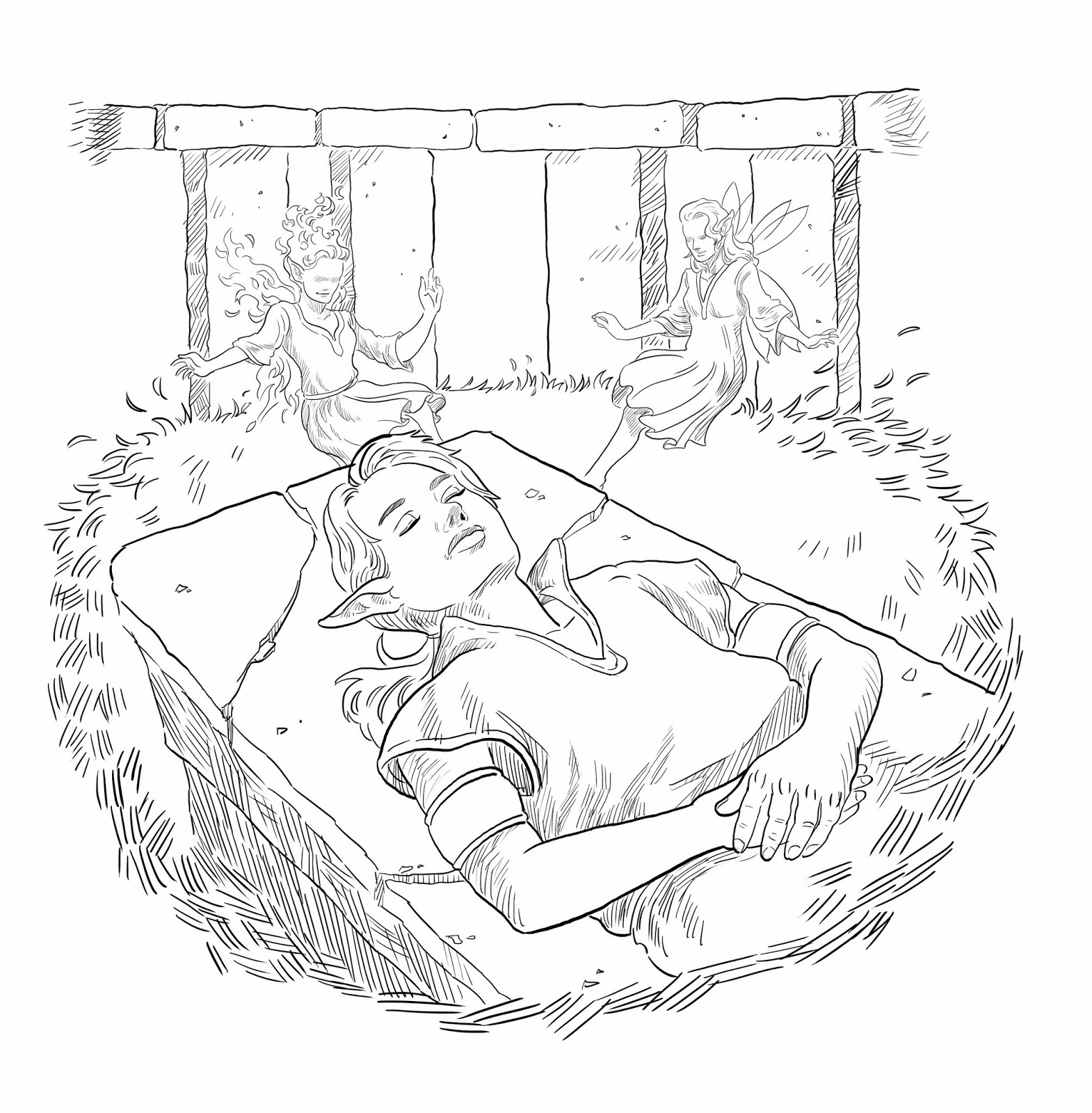 Warrior faery prince Zaneyr at Stonehenge.
Faery Swap is just a children’s story, but I am in love with the ideas captured inside. I hope that love, in the form of small traces of dimensional magick, will rub off on every child who reads it.

Susan Kaye Quinn is the author of the bestselling Mindjack Trilogy, which is young adult science fiction, along with several other speculative fiction titles for adults. Faery Swap is her first published children’s story, even though she started out writing middle grade before anything else. She always has more speculative fiction fun in the works. You can find out what she’s up to by subscribing to her newsletter (hint: new subscribers get a free short story!) or by stopping by her blog (www.susankayequinn.com).